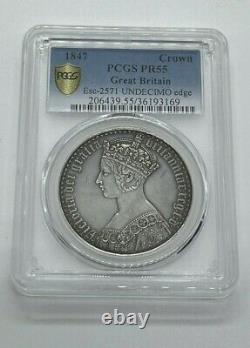 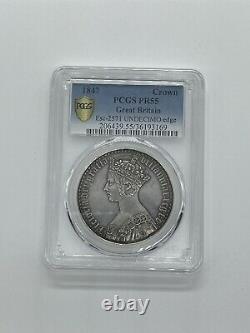 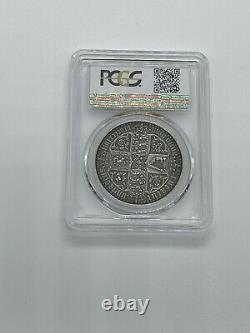 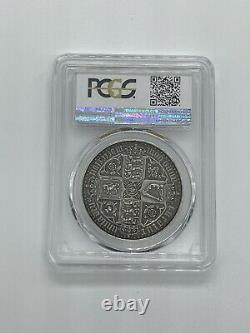 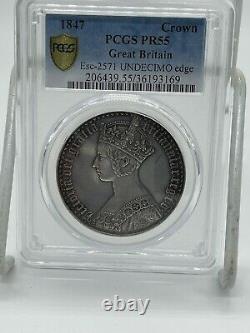 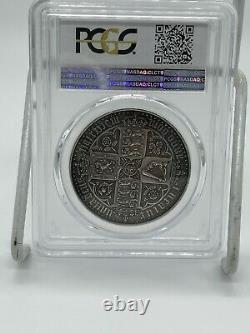 VICTORIA 1847 GOTHIC CROWN LETTERED EDGE UNDECIMO Victoria, 1847, Proof Gothic silver Crown. Engraved by William Wyon, The Chief engraver at the Royal Mint from 1828 until his death in 1851. Undoubtedly one of the finest engravers ever known.

Inverted die axis, crowned cruciform shields, emblems in angles, garter star at centre, w incuse on inner border either dies of top crown, date in roman numerals in lower right of legend which commences in upper left quarter, "tueatur unita deus anno dom mdcccxlvii", edge inscribed in raised letters decus. Weight 28.25g Bull 2571; L&S 57; ESC 288; S. One of the most spectacular designs for a silver coin in the entire British Milled series the Proof Gothic Crowns with lettered edge were limited to a mintage of only 8,000 pieces. The Latin legends translates on obverse as "Victoria by the Grace of God, Queen of the Briton's, Defender of the Faith, " and on the reverse as May God guard these united, in the year of our Lord 1847.

The legend on the edge translates as An ornament and a safeguard in the eleventh year of her reign. Has been graded and slabbed by PCGS as PF 55 which in our opinion is under graded for this coin. The item "VICTORIA 1847 GOTHIC CROWN LETTERED EDGE UNDECIMO" is in sale since Wednesday, December 8, 2021. This item is in the category "Coins\Coins\British\Victoria (1837-1901)\Crown". The seller is "ma_gar8" and is located in Bushey.