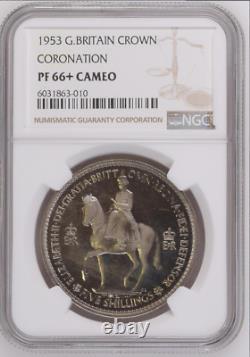 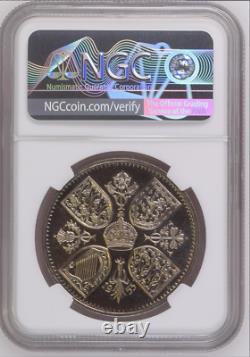 On the 2nd day of June 1953, the young Elizabeth was crowned Queen. The Coronation was the thirty-eighth to have taken place at Westminster Abbey, the precedent having been set almost 900 years earlier when Harold II was crowned in 1066. The day dawned wet and cold, but not so the spirits of those lining the procession route. Throughout the land the day was one of rejoicing and celebration. Bonfires were lit on hills and mountaintops, as they had been for 1000 years to celebrate the crowning of another sovereign in the long line of the British monarchy.

The Coronation was an event shared by millions, whether as part of the privileged congregation in Westminster Abbey, as part of the crowd lining the streets of London, or as part of the huge audience who watched on television. The highlight of the day for all who watched or waited was the moment when the newly crowned Queen, seated in the magnificent Gold State Coach, made her way back to Buckingham Palace and the start of a new era for Britain. FAITH AND TRUTH I WILL BEAR UNTO YOU. A portrait of The Queen shown mounted on her horse Winston, dressed in her uniform as Colonel-in-Chief of the Grenadier Guards, and as worn by Her Majesty during the ceremony of Trooping the Colour. Crowned EIIR Monograms at either side. ELIZABETH II DEI GRATIA BRITT OMN REGINA FIDEI DEFENSOR FIVE SHILLINGS. Crown in centre of emblematical cross, formed from a thistle, rose, leek and shamrock. In the angles, there are four shields bearing the arms of Scotland, England and Ireland.

This item is in the category "Coins & Paper Money\Coins: World\Europe\UK (Great Britain)\Crown". The seller is "mint_collections_imports" and is located in this country: US.