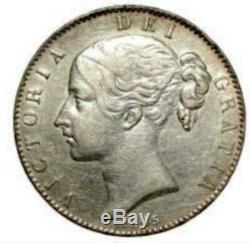 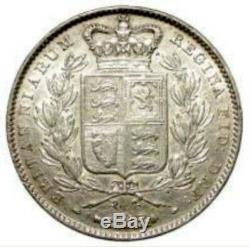 1845 VF Queen Victoria Silver Crown. Queen Victoria was the longest reigning British monarch and the figurehead of a vast empire. She oversaw vast changes in British society and gave her name to an age. She succeeded her uncle, William IV, in 1837, at the age of 18, and her reign dominated the rest of the century. In 1840 she married her first cousin, Prince Albert of Saxe-Coburg Gotha. After the Indian Mutiny in 1857, the government of India was transferred from the East India Company to the Crown and in 1877, Victoria became Empress of India. Her empire also included Canada, Australia, India, New Zealand, and large parts of Africa. In 1887, Victoria's Golden Jubilee and, 10 years later, her Diamond Jubilee were celebrated with great enthusiasm. Queen Victoria and her cousin the Duchess of Neomurs 1852 pictured right. 1845 Queen Victoria Silver Crown. Cinquefoil Stops on Edge, VF. Lockdales Auctions 109 Lot 154.

The seller is "goldguineas" and is located in Torquay. This item can be shipped worldwide.