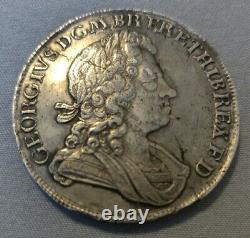 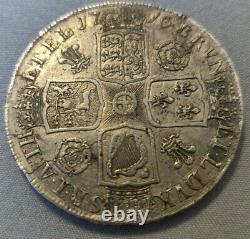 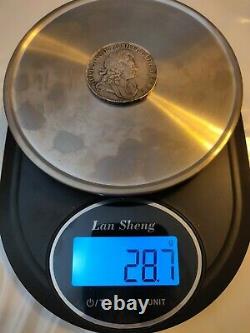 This is a nice 1716 crown with a major die crack. A beautiful specimen of the plume and rose reverse. From a hard to find monarch too, George I! George I took power in 1714 after Queen Anne passed away. Anne had no surviving heirs, so the rules of succession made George, Anne's second cousin, and a German lord, King of Great Britain.

During George's reign, the powers of the monarchy diminished and Britain began a transition to the modern system of cabinet government led by a prime minister. Towards the end of his reign, actual political power was held by Robert Walpole, now recognised as Britain's first de facto prime minister.

George died of a stroke on a trip to his native Hanover, where he was buried. He is the most recent British monarch to be buried outside the United Kingdom. This is your opportunity to own a piece of British history!

The seller is "drewhitehea-4" and is located in Bountiful, Utah. This item can be shipped to United States.