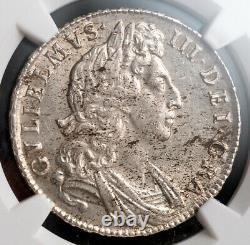 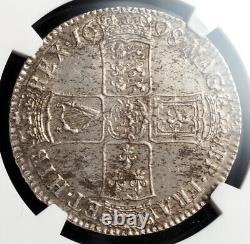 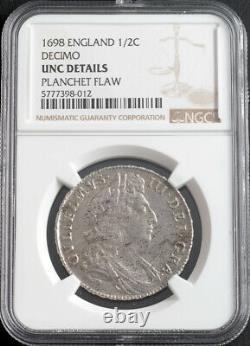 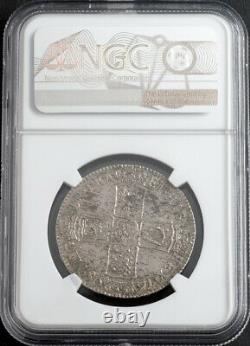 Reverse: Crowned cruciform shields splitting legend. William III (14 November 1650 8 March 1702) was a sovereign Prince of Orange by birth. From 1672 he governed as Stadtholder William III of Orange over Holland, Zeeland, Utrecht, Guelders, and Overijssel of the Dutch Republic. From 1689 he reigned as William III over England and Ireland, and as William II over Scotland. He is informally known in Northern Ireland and Scotland as "King Billy". A member of the House of Orange-Nassau, William won the English, Scottish, and Irish crowns following the Glorious Revolution, in which his uncle and father-in-law James II was deposed. In England, Scotland, and Ireland, William ruled jointly with his wife, Mary II, until her death on 28 December 1694. A Protestant, William participated in several wars against the powerful Catholic king of France, Louis XIV, in coalition with Protestant and Catholic powers in Europe. Many Protestants heralded him as a champion of their faith. Largely because of that reputation, William was able to take the British crowns when many were fearful of a revival of Catholicism under James. William's victory over James II at the Battle of the Boyne in 1690 is commemorated by the Orange Institution in Northern Ireland to this day. His reign marked the beginning of the transition from the personal rule of the Stuarts to the more-Parliament-centred rule of the House of Hanover. William's primary achievement was to contain France when it was in a position to impose its will across much of Europe. His life was largely opposed to the will of Louis XIV of France. This effort continued after his death during the War of the Spanish Succession. Another important consequence of William's reign in England involved the ending of a bitter conflict between Crown and Parliament that had lasted since the accession of the first English monarch of the House of Stuart, James I, in 1603. The conflict over royal and parliamentary power had led to the English Civil War during the 1640s and the Glorious Revolution of 1688. During William's reign, however, the conflict was settled in Parliament's favour by the Bill of Rights 1689, the Triennial Act 1694 and the Act of Settlement 1701. William endowed the College of William and Mary (in present day Williamsburg, Virginia) in 1693. Nassau, the capital of The Bahamas, is named after Fort Nassau, which was renamed in 1695 in his honor. Similarly Nassau County, New York a county on Long Island, is a namesake. Long Island itself was also known as Nassau during early Dutch rule. Though many alumni of Princeton University think that Princeton, N. (and hence the university) was named in his honor, this is probably untrue.

Nassau Hall, at the university campus, is so named, however. The modern day Orange Institution is named after William III, and makes a point of celebrating his victory at the Boyne. New York City was briefly renamed New Orange for him in 1673 after the Dutch recaptured the city, which had been renamed New York by the British in 1665.

His name was applied to the fort and administrative center for the city on two separate occasions reflecting his different sovereign statusfirst as Fort Willem Hendrick in 1673, and then as Fort William in 1691 when the English evicted Colonists who had seized the fort and city. The item "1698, Great Britain, William III. Certified Large Silver ½ Crown Coin. NGC UNC+" is in sale since Saturday, November 28, 2020.

This item is in the category "Coins & Paper Money\Coins\ World\Europe\UK (Great Britain)\Half Crown". The seller is "coinworldtv" and is located in Wien. This item can be shipped worldwide.